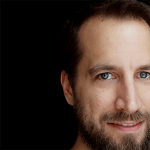 My name is Christoph Matzka and I am the founder of Matoph Labs and creator of Moodistory. I create mobile apps for iOS and Android since 2012: from idea finding to the concept, design & development, testing and marketing.
Moodistory is the result of a multinational team working together to deliver an exceptional product that gives you the opportunity to get closer to yourself and improve your well-being.

You probably know that feeling: when you think about the past – e.g. last holiday, your previous job, or even more far away: your childhood – you probably remember how everything was just great. You had a great time, no worries. Exaggerated speaking: you just enjoyed life!

But this is just one way of looking at and remembering the past. You most probably also have memories with exactly the opposite feeling: When everything was just bad.

What both views have in common: They do not reflect the past the way it really was. For example, if you think about the past in detail or how you feel right now, then you know that there is more than just good or bad. The picture about your mood, your well-being consist of more than just black and white: there are a lot of colorful little pieces that together shape your picture. This finding was the starting idea for Moodistory:

I often had the feeling that I had remembered the past more positively or negatively than it actually was. Depending on my current mood I would think of the past in a rather positive or rather negative way. It was more like a vague feeling than real facts. So, why not keep track of the mood and replace that gut feeling with hard facts?

I started researching on the topic and found out that mood tracking can be much more than simple fact-checking. A so-called “mood journal” can help you be more self-aware and therefore let you evaluate your thoughts, emotions, and behavior much more in detail. It can be a starting point of making changes and transform negative energy into positive energy and growth. A mood journal is often even used as a supporting tool during the treatment of bipolar disorder, depression or anxiety.

Overall, I found out that mood tracking is a very powerful tool that often has a very positive effect on people’s minds.
Since I had been developing apps for some time, I knew that I wanted to create an app for that. It should be an app that is convenient, fun and easy to use. Something that looks and feels different from other apps. And I very much liked the idea of creating something that can improve the lives of others!

The work on project “Howdy” started in 2016. The name was later renamed into the combination of “mood” & “history”, Moodistory. Soon I found the perfect team to start on the concept and design. Once I had the requirements & design fully specified, I started looking for a software development service provider and found the perfect fit with the friendly experts at SteelKiwi Inc. Roughly 2 years later, on August 1st, after lot’s of loops for design, development & testing, the app has finally been released for the public! But this was just the beginning of a long journey to come as I wanted and still want Moodistory to be the perfect mood tracking app. Therefore, I am still continuously collecting and implementing the feedback of all of Moodistory’s users to match their requirements as much as possible.

Be part of it – get Moodistory now and let us know what you think!